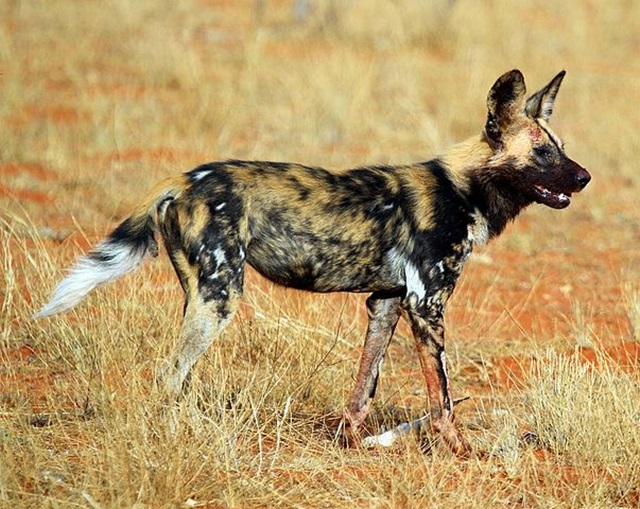 Scalding hot during the day and freezing cold at night, the desert is one of the world’s harshest environments. There is hardly any water, either. The sand is hard to walk on, the winds can be strong and sandstorms can erupt with barely a moment’s notice. There’s no shade or modern transportation, and if that’s not enough, here’s one more reason to make you think thrice before embarking on a trip across the desert — deserts are teeming with dangerous animals.

Still want to go? Here are eleven of the most dangerous desert animals to watch out for.

Top 11 Most Dangerous Desert Animals – Summary in Under 120 Seconds! – To comment on the video watch it on youtube…

Snakes can be found in warm places all over the world and yes, they can be found in deserts, too. In fact, there are several species of venomous snakes lurking in the desert sands.

Rattlesnakes are among the most popular, so named for the rattles at the end of their tails, which they shake in warning. Ignore the warning and guess what? You could be dead within seconds. Indeed, while 20% of rattlesnake bites are “dry” (or without venom), most of them can inject a good amount of toxin into your blood, which can lead to health complications and at worst, death, if left untreated.

The inland taipan, considered by some to be the world’s most venomous snake, with enough venom to kill a hundred adults, can also be found in the desert, namely the deserts of Australia, along with the less aggressive, but still deadly, desert death adder.

In the Sahara, the horned desert viper and the saw-scaled viper are the ones to be wary of.

In the deserts of North America, the sight of the sidewinder — so named for its habit of slithering sideways across the sand — and the Arizona coral snake should send you running in the opposite direction.

Snakes are not the only venomous desert animals. Scorpions are, too. Of these, the deathstalker scorpion is the most well-known. Just its name is enough to give you a chill, and it lives up to its reputation with a powerful venom. While the venom is rarely lethal, the bite of the deathstalker can be extremely painful.

The Arizona bark scorpion has a painful, numbing bite, as well, even though it is less than 3 inches (8 centimeters) long. The giant hairy scorpion, which is about 5.5 inches (14 centimeters) long, has a less painful bite, but is more prone to bite because of its bad temper.

Scorpions are featured in the following book:
25 Nocturnal Animals

First, snakes, then scorpions. What’s next? Spiders, of course.

Spiders survive in the desert by burrowing or hiding under rocks during the day, then coming out at night in search of food. The redback spider is one example. The Australian equivalent of the black widow, the redback spider is responsible for as many as 10,000 spider bites in Australia every year. While its bite may be as painful as a mere pinprick, swelling, nausea, abdominal pain, sweating and headaches generally occur and, if untreated, the bite can even be fatal.

The 10-inch (25-centimeter) western desert tarantula does not just bite. It can throw tiny hairs at you that can irritate your skin for days.

Black Widow Spiders are featured in the following books:
25 Most Poisonous Animals in the World
101 Facts… SPIDERS!
101 Facts… Desert Animals

Here’s one more creepy crawly on the list — centipedes. There are two species of centipedes found in the desert — the giant (or giant redheaded) centipede and the common (also known as banded) desert centipede. Both of these can grow up to 7 or 8 inches (18 or 20 centimeters) long, and when stepped on or accidentally picked up, can deliver a painful bite that will later itch or swell. Deaths are rare.

Hear a buzzing sound as you walk through the desert? Don’t ignore it. It’s likely to be coming from Africanized bees, and they’re not called “killer bees” for nothing. Africanized bees tend to swarm and when threatened, even from a distance away, the whole swarm will attack, pursuing you and stinging you all over. What can you do? Seek shelter as fast as you can, while covering your face. Shelter is a problem in the desert, though, so you’ll have to pray you don’t run into these bees!

Africanized bees are featured in the following books:
25 Beastly Bugs and Insects
25 Most Poisonous Animals in the World!

Bees are not the only ones that can sting you in the desert. Wasps can, too. Apart from the common wasps, there’s the tarantula hawk wasp, which feeds on tarantulas and is capable of delivering the second-most painful insect bite — enough to paralyze you for about three minutes. Paper wasps are also common, though they will not sting unless their nest is threatened.

If stung by a wasp, the first thing you should do is remove the stinger – not with your fingers but with a blunt object like a credit card. Afterward, wash the site with soap and water and apply ice. You can also take a pain reliever or an antihistamine if the sting is too painful or too itchy.

The cougar is one of the most versatile cats in the world. It can even thrive in deserts. Like other cats, it is a fierce and silent hunter, and, while it often preys on hoofed animals, birds and small reptiles, it can sometimes see humans as prey, especially when they run away from it or play dead. When confronted by a cougar, prove that you are higher up in the food chain by shouting or staring it down. Fighting back with sticks and stones can help, too.

In the deserts of Australia live the red kangaroos, the largest of all kangaroos. They can survive in the desert by conserving water — their kidneys allow them to secrete as little urine as possible — and by hopping, which conserves energy. They also rest during the day, coming out only from dusk until dawn to avoid the heat.

Red kangaroos are herbivores, but that doesn’t mean they don’t attack humans. Red kangaroos have been known to kick humans when threatened. With their powerful legs, that they keep fit by hopping all day, and their sharp claws, they can cause serious injury.

The ostrich is the world’s largest bird and believe it or not, one of the most dangerous animals in the deserts of Africa. How is it dangerous? Ostriches have long, powerful legs that enable them to run fast or to deliver strong kicks. They also have long claws on their toes — up to 21 inches (53 centimeters) long! These claws can leave serious puncture wounds and can even sometimes disembowel their victims. (shiver)

Ostriches do not normally attack, though. Their first instinct is to run away. Still, when they feel that they or their eggs are threatened, they will not hesitate to attack and, because you can’t outrun them, you can only hope to stave off their deadly blows.

The dogs that you see and know probably can’t stand the heat for too long, retreating into their kennels or begging to be let inside the house. But their wild counterparts are more hardy.

Indeed, wild dogs (such as dingoes and African wild dogs) can be found even in deserts. Dingoes are top predators in Australia, feeding on kangaroos, wallabies, birds, echidnas and insects. While generally shy toward humans, some will attack, especially when hungry, and deliver a nasty bite. In the worst cases, they can kill children by biting their throats.

African wild dogs are found in the deserts of Africa and live in packs, hunting antelopes, ostriches, warthogs, wildebeest and foxes. Like dingoes, they can attack humans when hungry, and since they hunt in groups, your chances of escaping are nil.

African wild dogs are featured in the following books:
25 Most Deadly Animals in the World
101 Facts… Wild Dogs, Wolves and Foxes!

Of the few venomous lizards in the world, the Gila monster is the most well-known. Found in the Mojave, Sonoran and Chihuahuan deserts, this slow-moving lizard spends 90% of its time underground, which means it is unlikely that you’ll get bitten. Still, when they do bite, Gila monsters bite fiercely without letting go. You’ll have to submerge it in water, which is scarce in the desert, in order to get it to let go. Needless to say, the bite is painful. It isn’t fatal, though, since the Gila monster produces only a small amount of venom.

Think you remember what you’ve read? Try out the Dangerous Desert Animals Quiz!

The nail on your middle finger grows faster than the others.

25 of the Most Poisonous Animals in the World!

Complete source list: Which Sharks Attack The Most? – 10 Shark Species Responsible For...