In the last post, we spoke about how the quietest room in the world is quiet enough for you to hear your own organs working. We see this room as special because it has this unique quality.

However, in the ancient world, scale was considered to be far more important in judging how grand something was. Everything was assessed on the basis of size. One of the largest marvels of the ancient world was the Forbidden City in China. This city was so huge that it contained 8,700 rooms!

Is the Forbidden City the Largest Ancient Palace in the World?

It is unbelievable, right? After all, if we come across a house with 20 or even 10 rooms, we’ll consider it huge. The Forbidden City actually covers 178 acres of land and has a floor space of more than 1,600,000 square feet.

The Forbidden City is considered to be the largest ancient palace because it was used as such by the ancient kings of the Chinese Empire. The whole palace or city was split into two halves – the Outer Court and the Inner Court.

The Outer Court is the southern half of the palace where the Chinese kings held court and ceremonies. The Inner Court is where the royal family lived with the Emperor and the Empress each having their own palaces.

While being considered as the largest palace in the ancient world, from the modern perspective, the Forbidden City is actually a city. It has more than 980 buildings and 90 palaces, with each palace having a courtyard.

Every building inside the Forbidden City faces southwards because the ancient Chinese superstitions considered this to be auspicious. Additionally, every building’s roof has yellow tiles on it because yellow was considered to symbolise great power. Yellow was also considered to be the Emperor’s colour.

How Was the Forbidden City Built?

The Forbidden City was built over a period of 14 years starting from 1406. It was commissioned by Ming Dynasty’s Emperor of the time, Yongle. Such a construction would be a massive undertaking right now so you can imagine what it was like more than 600 years ago when there were no machines. 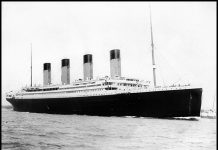