The height of the Aztec civilization spanned from the early 14th to the early 16th century. However, the Aztec dominance of central Mexico did not come about overnight, and even after the fall of their empire, Aztec influence continues to be felt today. Here we will provide a simple timeline — a brief history of the Aztec people and their powerful, influential society.

The Early Years of the Aztec People

The Mexica people, who speak a language called Nahuatl, settle an area known as Aztlan, which was either in northwest Mexico or the southwest US. The exact location of Aztlan is unknown today.

The Mexica people migrate south from Aztlan into central Mexico. They become known as the Aztec people, referring to their origins in Aztlan.

The early Aztec people travel as nomads around central Mexico. They attempt to settle in different locations, but are thrown out because of poor relationships with neighboring tribes.

The Aztecs Find a Home

The city of Tenochtitlán is founded. This is the Aztecs’ capital city, built on an island near the shores of Lake Texcoco. They decide to settle here after a priest has a vision of an eagle sitting on a cactus, devouring a snake. This city becomes the central point of the ever-growing and powerful Aztec society.

The area that they build their city on is swampy and not exactly ideal for a city settlement, though. It provides many challenges, and the Aztecs set to work immediately, building infrastructures to hold back, channel and control the water.

The Aztecs incorporate canals into their infrastructure, making the transport of goods and people easier and more efficient for trade.

The first official king of Tenochtitlán is crowned. His name is Acamapichitli. Kings, or in later times, emperors, are called huey tlatoani (meaning “Great Lord”) or just tlatoani.

The Templo Mayor is built in Tenochtitlán. The name means “Great Temple” in Spanish, and it indeed has great religious significance to the Aztec people. In fact, the Aztecs will rebuild it six times, before its final destruction by the Spanish after the invasion. The ruins of the site of the Templo Mayor are a tourist attraction in Mexico City today.

The tlatoani Huitzilhuitzli comes to power in 1395. During his reign, he forms an alliance with the Tepaneca people of the city of Tlacopan. The Aztecs’ influence spreads, but the Tepeneca remain more dominant.

Chimalpopoca is crowned tlatoani, but he is only in power for ten years. He is assassinated by the Tepaneca of the city of Azcapotzalco and the peace between the two tribes is destroyed.

Itzcoatl becomes the fourth tlatoani of the Aztecs after Chimalpopoca’s assassination, and the Aztecs and the Tepaneca go to war. In 1430, the Aztecs conquer Azcapotzalco and become the undisputed dominant society in central Mexico.

The Rise of the Aztec Empire

An alliance is created between the Aztecs of Tenochtitlán, the Acolhua people of Texcoco and the Tepaneca of Tlacopan. This “Triple Alliance” is what historians often refer to as the official beginning of the Aztec Empire.

The fifth tlatoani of the Aztecs, Moctezuma I, comes to power. He is also sometimes known as Montezuma I.

Tenochtitlán suffers heavy floods which destroy much of the city. The floods affect farming and consequently a two-year famine follows. Many Aztec people die and much of the Aztecs’ gold has to be spent rebuilding the city.

It is believed today that Moctezuma I is extremely influential in guiding the Aztecs through a very challenging period of flood and famine and into the height of their empire.

The sixth tlatoani, Azavactl, reigns over the increasingly powerful Aztec Empire. He is known for conquering Tlatelolco, which becomes a sister city to the capital.

The eighth tlatoani, Ahuitzotl, comes to power. He helps the Aztecs to expand their empire further by taking over smaller tribes across central Mexico.

The sixth and final version of the Templo Mayor is complete.

During his fourth voyage, Christopher Columbus lands on an island called Guanaja, off the coast of Honduras, and then countinues a southerly route along the mainland, though some believe his landing to be farther north, in Mexico. Whatever the case, he certainly leads the way for future explorers and conquerors.

In this same year, the ninth Aztec tlatoani, Moctezuma II, comes to rule. As with his predecessor, he is also known as Montezuma, and is possibly the most famous Aztec tlatoani of all, inspiring an expression we use even today: Montezuma’s Revenge!

The Fall of the Aztec Empire

The explorer Hernán Cortés arrives in Mexico, as part of a group of Spanish Conquistadors who want gold, power and land, and are prepared to take it from the natives at any cost. Initially, the Aztecs welcome Cortés. According to legend, this is because they believe him to be a reincarnation of the god Quetzalcoatl. It is more likely, however, that Moctezuma II is simply hoping to avoid conflict by welcoming Cortés as a diplomatic visitor.

The Spanish continue to fight the Aztecs. Some battles are won by the natives and some are lost.

The night of July 30th to July 1st sees an immense battle, now known by the Spanish as The Sad Night or The Night of Sorrows (la Noche Triste), because on this day the Spanish suffer great losses. They form an alliance with the Tlaxcaltecs, who are independent from the Aztecs.

The people of Tenochtitlán revolt against Moctezuma II and he is deposed (no longer allowed to rule). Cuitahuac is crowned the tenth tlatoani, but dies after the Aztecs are exposed to the smallpox virus that the Spanish bring with them. This is a fatal and devastating disease to many of the Aztecs and they lose many lives. To make matters worse, a shortage of food follows.

Cuauhetemoc surrenders to Cortés, and the city of Tenochtitlán is taken over and almost completely destroyed by the Spanish. The Aztec people are taken into slavery and converted to Christianity.

Tenochtitlán is rebuilt and renamed — and Mexico City becomes the capital of New Spain.

Cuauhetemoc, the last tlatoani of the Aztecs, is hung by the Spanish. The last vestige of the Aztec Empire has been destroyed. The Christian monks and priests who travel to Mexico work with the Aztec people to record information about the daily life, religion and traditions of the Aztec culture.

It is estimated that over one million people of Aztec descent still live on today. They are known as Nahua, referring to the language of the Aztec people. Many still perform the ancient dances, maintain the ancient calendars and recognize the ancient gods. To them, understanding and teaching this knowlege is an important way to maintain and pass on their heritage, so that the Aztec culture will be around for a long time to come! 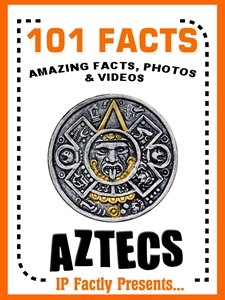 To learn more about the Aztecs, see:

A Tuija bride cries before her wedding.