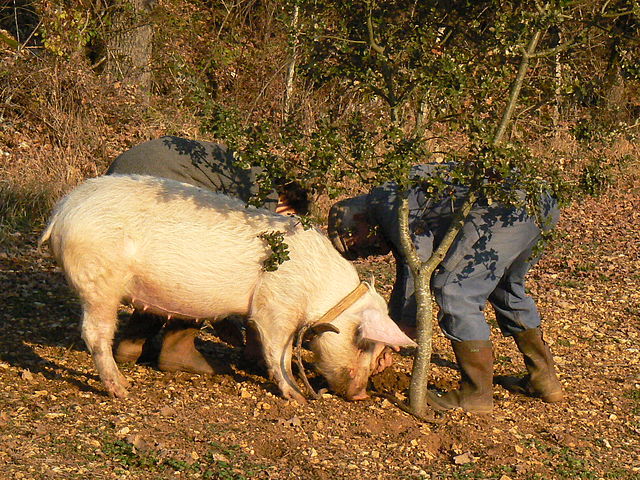 You may think, especially if you have seen a few, that you know a lot about pigs. It is time to think again with these nine amazing facts.

Have you ever heard the phrase ‘sweating like a pig’? You should probably only use this if you aren’t sweating, or you are just sweating through your nose. A pig’s sweat glands aren’t like a human’s, so they cannot sweat to help them cool down. This is the reason why they like to roll around in the mud, it helps them to stay cool.

They are very sociable, and like the company of other pigs, other animals and human beings. They are also very intelligent. They can learn their name and can also be taught tricks like stay, sit or lie down. They can even learn how to do things like food puzzles where they can move items about in order to find treats.

The Guinness Book of Records lists the biggest recorded pig as 900kg. To put this into perspective, some towing caravans weigh less than this! The pig was 2.5 metres long with a waist measuring 2.23 metres. This means that its stomach was nearly as round as its body was long!

Going from big to small, did you know there is no such thing as a micro or teacup pig? The smallest pig breed is the Kunekune, and at full size this pig still measures between 24 to 30 inches. It takes a pig 2 years to reach full size, and even if a pig is born as the runt (the smallest pig amongst a litter), it will probably catch up in size with its brothers and sisters by the time it is fully grown.

Many people have been sold ‘micro pigs’ and found out later that their pet was never going to be as small as they thought. One couple from Canada bought a pig that they thought would stay tiny, and it is now the size of a polar bear, weighing in at 48 stone. She is known as Esther the Wonder Pig and has 230,000 fans on Facebook.

6) The largest ever known litter was 27 piglets

In 2003 a report was given to the Guinness Book of Records that a pig had given birth to 27 piglets, the largest ever known litter. This seems like a lot, and it is, but the average litter for a pig is 10-12 babies during one pregnancy. Most sows (the female pig) have 12 teats. If a mother has more than 12 piglets sometimes a farmer will take some of the piglets and give them to a sow who doesn’t have as many babies to feed.

7) Pigs don’t have very good eyesight, but they do have a fantastic sense of smell

They use this smell to guide themselves about and find things like food. They can use their snouts to root around in the ground. This is why pigs are used to look for truffles. Truffles are fungi that grow deep in the ground. They are very hard to find, but pigs are very good at recognising their smell and rooting for them with their snouts. Sometimes pigs are able to find truffles as far as three foot underground.

People tend to think that pigs are dirty, but in fact they prefer to be clean. When a pig is settling into their home they will usually make sure that they have their own ‘bathroom’. They will use a different space to go to the toilet than they will use to play or sleep on.

9) Pigs can be heroes

A pet pig called Lulu was with her owner when she had a heart attack. Lulu ran out of the house, opened the gate, went to the road and lay down in traffic until someone got out of their car and followed her. The person who followed her found her owner and was able to call for medical help. This is only one story of a pig saving a human’s life, there are many more. They are definitely a heroic animal!

If you think these nine facts about pigs really were amazing, why don’t you try to find out more?

Kayaking and a VERY close experience with Killer Whales