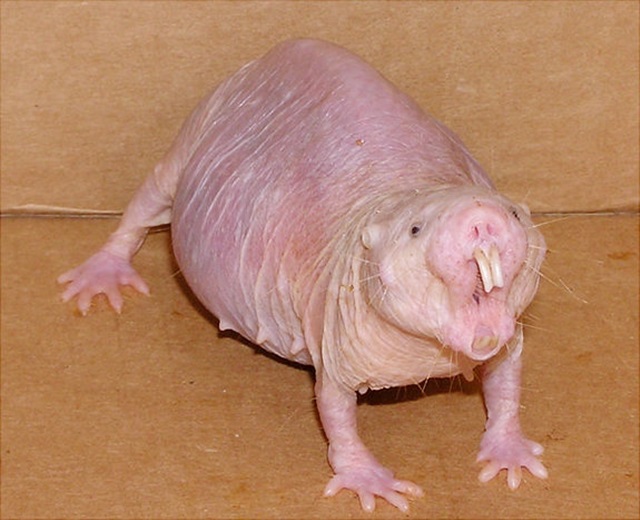 The Top 10 Ugliest Animals on Earth

Beauty is in the eye of the beholder, so they say. Still, when it comes to animals, there are some with looks that only their mothers can love. Far from being pretty, cuddly or adorable, these ugliest animals in the world are more likely to make you gasp in disbelief than in awe, or make you squirm and scream in terror than squeal with delight.

What are the world’s ugliest animals? Let’s take a look at the top ten.

One of the ugliest animals in the world may be closer to you than you’d like. Indeed, bed bugs are found everywhere and, while they are hardly seen because they are so small — often, you only feel their bites, put them under a microscope and you might just scream at the monster you see. Bed bugs are covered in microscopic hairs and have a long, needle-like proboscis which they use to suck blood. To feed, first they cut an opening through the skin using saw-like mouthparts, and then they inject painkillers before sucking. For this reason, most people do not feel the bite of a bed bug, and only notice it afterward, when they see a swollen red spot.

Bed Bugs are featured in the following book:
25 Beastly Bugs and Insects

The blobfish is proof that strange animals lurk in the ocean, but it is not the only one. The oyster toadfish is another monster of sorts, having a big, flat head, a wide mouth filled with a dozen large, blunt teeth, bulging eyes and thick flaps of skin around its eyes and mouth, like oversized whiskers. It also has no scales on its skin. Instead, it is covered with mucus, which makes it feel squishy and slippery out of water, like an oyster (yuck!), and dotted with lots of warts like a toad. Talk about another well-named creature.

The oyster toadfish lives year-round in oyster reefs around Chesapeake Bay. It does not need to eat a lot in order to live but when it does eat, it prefers small crabs and oysters, lying perfectly still in wait and then snapping. It is a noisy fish, grunting when out of water. During spawning season, the males produce foghorn-like calls to attract females.

Right. We’ve got another fish on our list — the monkfish, also known as the frogfish or the sea devil. True, this may be a fish loved by many. After all, it is considered a tasty fish, with its meat likened to that of lobsters. But that’s because only its tail is served on the plate. Take a look at the face of this fish and you might start having a different opinion. Not only does it have eyes too small for its large head, but it has a wide, gaping mouth with long, sharp teeth pointing inward. It also has small spines all over its head which look like seaweed or algae, helping to camoflage it as it buries itself in the sea floor, and a large filament like a thin horn, called the esca, that it can move in every direction.

Enough with fishes. The ugliest animals in the world are not limited to the ocean. Giant salamanders, for example, are found in rivers and on land and boy, they really are giant! These salamanders can grow up to 6 feet (1.8 meters) long!

What makes these super-sized creatures ugly? For one, they have no eyelids. Also, they have broad, flat bodies and large heads, with loose folds of skin at the sides. And they are covered in mucus. This mucus keeps parasites away when they are on land, while the frills of skin help them to breathe when they are underwater. Salamanders breathe through their skin, after all.

The Japanese giant salamander has another ugly trick up its sleeve. When threatened, it produces a secretion that smells like Japanese peppers. Ah-ah-ah-choo!

Pumbaa may pass for cute, but real warthogs are far from it. Warthogs have large heads with thin manes along their back, and tufts at the end of their tails. Other than that, they do not have much hair. Both males and females have two pairs of tusks, the upper one longer than the lower, which they use for digging, as well as for combat and defense. Of course, they also have warts, four large ones on their faces, which serve as fat reserves while also protecting them from scratches.

Warthogs are grazers that can go for long periods of time without water. When there is water, though, they like to bathe, and wallow in the mud just like pigs.

Some turtles are nice and cute, and you want to pick them up or run your hands over their shells. The alligator snapping turtle, however, is not one of them. This turtle has a thick, spiked and plated shell, reminiscent of a stegosaurus’ back, fleshy eyelashes and a beaklike jaw. These jaws are so powerful that they can cut a broom handle clean, and so these turtles must be handled with care. Yup, this turtle isn’t just ugly, but dangerous, too!

Frogs are commonly green or brown but this frog is — you guessed it — purple. As if that’s not odd enough, this creature also has a pointed snout, small eyes with horizontal pupils that can hardly see and a bloated body which makes it look like it’s filled with gas. With its ugly appearance, it’s no wonder this frog spends most of its life in hiding, staying in its burrow underground where it feeds on termites, ants and worms. It only comes out for two weeks during the mating season.

The aye-aye is one of those animals that was born unlucky. In fact, in Madagascar, the aye-aye is considered a symbol of bad luck, even death, and so it is killed on sight, a fact that can be blamed on its “evil” look. The aye-aye has large, bulging eyes that glow in the dark, big ears and slender fingers with pointed claws. One of their fingers on their front limbs is particularly thin, while one is particularly long, used for scooping bugs out of trees. Indeed, when looking for food, first the aye-aye taps the tree to see if it is hollow. Then it chews a hole in the bark and scoops out the insects inside to eat.

Being hairless is often a disadvantage in the animal world. Apart from making you more sensitive to the heat and the cold, it also tends to make you look ugly. Just take a look at the naked mole-rat’s wrinkly pink or yellowish skin. Add to that their protruding front teeth, hardly visible eyes and thin legs, and you’re sure to grimace.

In spite of its appearance, the naked mole-rat is quite a fascinating creature. It doesn’t feel pain, nor does it get cancer. Naked mole-rats live in groups that burrow under the ground, each led by a queen, which everyone works to support.

Number one in our list of ugliest animals is a fish that doesn’t even look like a fish. It looks like a lump of gelatin, in fact, though not the edible kind. Indeed, the blobfish is well-named since it resembles a ball of slime. The reason? The blobfish has no muscles. Blobfish live in the depths of the ocean where the water pressure is high, which makes swimming a very difficult task. The blobfish is naturally less dense than water, so it floats without using any energy, just like a lifesaver. As for eating, it simply opens its mouth and swallows whatever is in front of it. Talk about lazy! The blobfish may just be the perfect example of how important exercise is in making you fit, and how the lack thereof can make you feel like, well, a blob.

Did we get it right or wrong?

Is this the right order? What do you think? Scroll down to the comments and let us know what order these ugly creatures should be in – or if we’ve missed something hideous!

25 Weirdest Animals in the World!