Link #50: Mammoths Were Alive When Ancient Egyptians Were Thriving!

The Arctic Ocean is a real treasure trove of wonders. Not only is it the smallest ocean in world and has the Midnight Sun and Polar Nights, it is also the last known place where the Woolly Mammoths used to live.

In fact, there is an island in the Arctic Ocean where the woolly mammoths are known to have lived while the Egyptians were building their civilisation. The island was called the Wrangel Island.

This isn’t all. Another species of the mammoth is known to have lived on Saint Paul Island located in the Bering Sea. Don’t believe us? Consider the following.

When Did the Last Mammoths Live?

As per archaeological research, mammoths are known to have lived in separate and isolated locations up to 6,400 years ago. However, this was the dwarf variety of mammoths living on the Saint Paul Island between the United States and Russia.

The woolly mammoth, though, is known to have lived even longer. Scientists believe that the woolly mammoth survived on the Wrangel Island located in the Arctic Ocean up until 4,000 years ago.

The mammoths on Saint Paul Island died out due to natural causes such as habitat extinction. However, when it comes to the mammoths on Wrangel Island, consequential proof suggests that the sudden extinction of the mammoths coincided with the arrival of humans. These periods coincide with the peak of the Egyptian Civilisation.

Woolly Mammoths Lived When the Pyramid of Giza Was Built!

Woolly mammoths lived between 2,500 and 2,000 BC on Wrangel Island. In addition, the mammoth population of Saint Paul Island was alive up until 3,750 BC. The Great Pyramid of Giza, which is the oldest standing structure made by man, is known to have been completed in 2,560 BC.

Mammoths were the evolutionary ancestors of today’s elephants. They were even the same size as the African elephants of today and displayed the same kind of behaviour. They were herbivores and mainly survived on grass.

Similarly, the bones of mammoths were used for many other things such as tools, artwork, furniture and even fuel. This is one of the reasons why mammoths became extinct about 10,000 years ago in all but a few isolated places like the Saint Paul Island and the Wrangel Island.

The other main reason why Mammoths became extinct is that the climate changed. The changing climate resulted in the habitat of the mammoths shrinking. The mammoths were basically suited for the last ice age and boasted of thick fur and other adaptations for extremely cold climates.

10 of the Most Recently Extinct Animals in the World 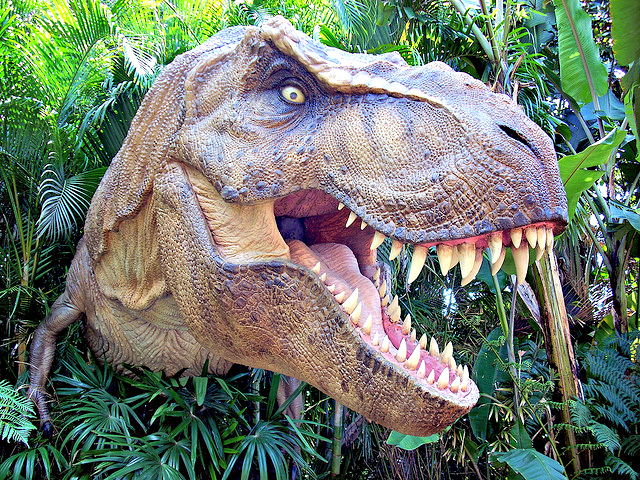 One man has been eating cheese pizza almost exclusively for the past 25 years.

You won’t get scolded if you sleep on the job while in Japan.

Link #15: The Second-Smallest Rabbit in the World Is the Volcano Rabbit

Link #39: The Bones of Birds Are Hollow!

Some horned lizards can squirt blood from their eyes.