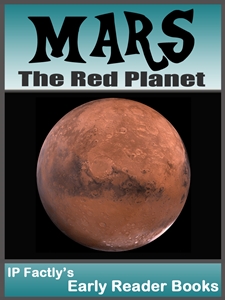 This book for early or guided readers looks at MARS – The Red Planet! It contains important facts and awesome photos.

Mars has inspired science fiction writers for over one hundred years and is at last beginning to share its secrets. This book for early readers (8’s and below) helps explain more about Mars while using some stunning photos to help inspire a sense of wonder at the Solar System and its planets.

If you haven’t already bought it visit Amazon to buy it today!

The video playlist to accompany the book is below, as are details of the videos used.