Sharks are fishes with leathery skin, large dorsal fins – that triangular thing you see above the water’s surface – sharp teeth and fierce appetites. Most of them have pointed or rounded snouts as well, but not the hammerhead shark. Its head is long and spread out horizontally just like a hammer. That’s how it got its name. But why does it have such a weird-looking head? Doesn’t that make it hard for the shark to see? Let’s find out the answers to the most common questions about the hammerhead shark below.

A: For a long time, even scientists couldn’t understand why the hammerhead shark looks the way it does. Some said it was to help it swim. Others said it was to trap prey. Still others said that the hammerhead provided the shark with excellent vision, though some doubted it. How could you see well when your eyes were so far apart?

Recently, though, it has been proven that the unique shape of the hammerhead shark’s head does give it excellent vision. It can use both eyes together to see complete images. It even has 360-degree vision, which means it can see above, below, in front and behind it at all times! This makes the hammerhead shark’s vision better than other sharks. 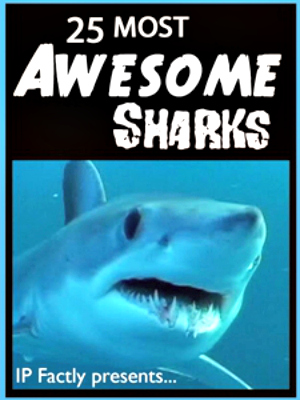 Q: Where do hammerhead sharks live?

A: Hammerhead sharks can be found in warm waters all over the world, both near and far from the shore. Sometimes, they can be found in groups called schools, with hundreds of sharks.

Q: How big are hammerhead sharks?

A: There are nine known species of hammerhead sharks. Of them, the biggest is the great hammerhead shark, which can grow to 11.5 feet and weighs over 500 pounds on average. The longest great hammerhead shark ever caught was 20 feet long – that’s as long as two average limousines – and the heaviest on record weighed more than 1,200 pounds, as heavy as a young rhino. That’s because it was a pregnant female with 55 pups inside her!

The smallest hammerhead shark is the scalloped bonnethead shark which grows 2 to 3 feet on average.

Q: What adaptations do hammerhead sharks have?

Like most sharks, hammerhead sharks hunt at night when most of the sea creatures are asleep, though they will eat whenever they come across an easy meal. Like other sharks, they also have a keen sense of smell and the ampullae of Lorenzini, which are pores that sense the electric fields in the water. Every living creature has an electric field and by sensing this, the shark can easily find prey. This is particularly easy for the hammerhead shark because its pores are widely distributed over its broad head.

Also, hammerhead sharks have a thin, streamlined body that allows them to swim efficiently. Sometimes, they can even use their heads to steer.

Q: What do hammerhead sharks eat?

Hammerhead sharks particularly love to eat stingrays. They swim along the bottom of the ocean, searching for these tasty treats. With their excellent vision, they can find the rays even when they are buried under the sand. They swoop down, pinning down the ray with their heads, then they start eating it while it is weak and helpless.

Q: Are hammerhead sharks endangered? Why?

Why are some hammerhead sharks in danger of becoming extinct? This is because they are regularly caught, not for their meat, which is not considered tasty, but for their fins that are used to make shark fin soup, an expensive Asian delicacy. Their skin is also used to make leather and their liver oil used for medicinal purposes.

The YouTube video below contains a playlist of 3 videos about hammerhead Sharks. The list of videos featured is underneath.

Click to go back to the book page and video list…
Sharks Early Readers or Sharks! Books

Link #17: Frogs Use Their Skin to Breathe and to Drink Water!